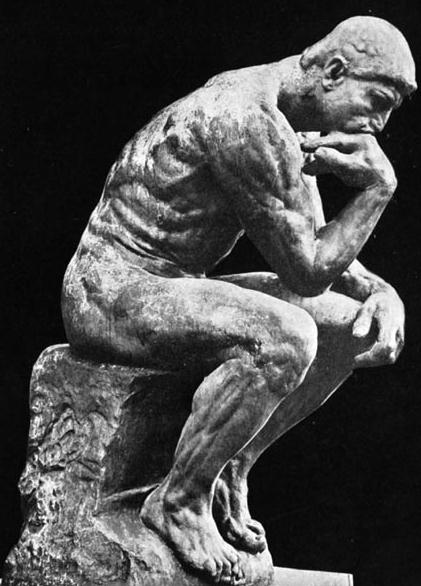 Last week I wrote some comments  about what I, in a biased way, understood of the events in the centre of Madrid, regarding how the knowledge given by the Internet to people and the Wikileaks effect (on how weak governments, meaning that indeed all governments are inherently weak and have to use the principles stated by Machiavelli, called diplomacy, in order to perpetuate); those two effects (along with infinitum collateral effects) really have made it possible that people in all the world are beginning to want to claim what they most belong that are their lifes and freedoms. And people want to forgive and advance together to a better place called Utopia, posible only today with New Technologies.

It is difficult to me to write this entry in this blog because what It’s happening today in Madrid is against the electoral law and it’s really damaging commerces in the center of Madrid and what I want in this blog is a respectful way of acting, advancing as human species, but even being illegal (and at a point somebody should say sorry and move the movement to a place where there’s no disturbance against other human beings or the law, but keep the light burning in the candle)

With a biased idea in mind of what was going on, I went to Puerta del Sol in Madrid and what I saw with my own eyes was very different of what media was saying and I still don’t know if It’s very different from my biased point of view I referred in the first paragraph, as the spirit of the movement is near to the spirit of this blog, where people discuss about solutions to solve today World problems.

The problem, as always, is that there are people who speak and criticize other people, such us Madrid president, or our government chief during the Spanish dictatorship. Or others who make a human like Ernesto el «Che» Guevara a god: big mistakes of punctual people that in the end can give a wrong impression about the real spirit of what is going on. I don’t want to give my opinion about el «Che» or Franco, I think that they both had positive points and negative points, and obviously both were very hard workers with high ideals, but there is no point in speaking about others, in any case let’s learn of their mistakes and their good ideas and choices and let’s move on, but let’s be us never them, let’s be creative, let’s be original and as I wrote last week, let’s think in a sustainable way, and for thinking in a sustainable way we need apart from a lot of skills, rules, because if we wouldn’t have rules to avoid nuclear arms testing, what would happen with Pacific Ocean? Then I can’t agree with those who reject law without understanding the need of laws, but at the same time, I think we should look for flexible legal systems that adapt in real time to society needs, and laws that put us closer of the concept of justice, and I claim that out loud, but with deep respect to the democratic laws that we have taken so much suffer to reach, and that today we have to change, but in a peaceful and respectful way. I think that the energy I could feel in Madrid center was more near to that of respect and advance to Utopia than to the bad energy of anarchism, communism, capitalism or any other ism’s. We need to move on.

I heard today somebody (an american) who said: «Everyone who’s serious knows that the ship is sinking, the Titanic’s shipping, that this series of bailouts of trillion of dollars will only delay the sinking and trying to save the old system is stupidity»… I share a lot that words, without saying stupidity because all the economists trying to save the Titanic are trying to help and that’s very appreciable, maybe there’s a lack of perspective and a lack of the necessary skills to arrange the deep changes necessary.

I think that, as I’ve said several times, «The Inside Job»  and «Home» movies one in the economic and the latter in the Earth issues can give the perspective to any human being a little aware of the interconnection of all things in the system we live in as human beings.

The other thing are the skills. This blog aims precisely to look for that skills, and in my humble opinion the spirit of the Spanish Revolution deep inside is near. It is not indignation, it is responsibility, not only young and hippie people (the ones with most energy and generosity in those days) but all kind of people of all conditions and all politic ideas are going to Puerta del Sol in Madrid to express their ideas and with the conviction that we all need the skills to put the Titanic back to the sea but this time with a shield called sustainability and this time sharing and correcting the errors of the past. I, myself, expressed an idea in that forum as how good would be in the short term using Internet Power to be able to do referendums for all important issues (and I’ll write and entry about that idea based in the Switzerland referendums system that a good friend told me once in New York)

In Puerta del Sol during those days one could find a lot of Young people sleeping in the floor of the main square of this big city that is Madrid. As I said legality is something that this movement has to chase if it doesn’t want to die, but breaking the law, they have gained the publicity that can make this movement something valid.

I think something kind of Bretton Woods number 2 would be necessary to establish a new sustainable World System before our system sink, but as I said there aren’t economists today with the necessary skills to manufacture that new ship and I think it has to be done in a Linux and Wikipedia way, using global thinking, and the publicity gained by this movement plus the energy of the movement (as long as it doesn’t pervert in a looser manifesto of 17 points as I was reading today, the movement need to be abstract and never concrete, as a political party, if it wants to be useful).

Before the system collapses we should manufacture a controlled collapse of the system, in a global thinking way, and leaded in United Nations, just for not paralyzing the economic system, because due to hyperinflation tensions it’s no longer going to be valid the solution of infinitum bailouts of the banks and institutions that are failing.

I know that Europe is taking strongly powerful initiatives looking for ethics in the institutions, long term bonuses for bankers (kind of sustainable thinking applied to bankers) and creating more institutions (like trying to control the capitalism in a communist way) BUT all those are patches, the same patches we are putting in the Spanish Social Security System. When a system fails, you have to change it deeply, not to put just patches. The Spanish Social Security System was designed for a young population of baby-boomers, today the population is old and the system is no longer valid, that’s why is so important to be original and manufacture flexible sustainable systems that today are very easy with IT systems. Yesterday I was speaking with a project leader of the Spanish technological Indra who told me that to design and develop a computing Internet System to make it easy elections and referendums for a country would take to a small team of Indra about six months (if we don’t do it, it’s because We don’t want)

We have to be able to define systems that permit us to thrive and progress in a sustainable way and not perpetuate extinct systems that lead us to the bottom of the sea. For that, we need a change in culture and in relations among nations, using Internet, making things easy and more transparent, trying to row together in the path of development, and not to explode as the molecules of the Big Bang (unless it is what We want … sometimes it looks like :))

Then what I saw was many kind of people from all backgrounds speaking in every corner about How to Make things better.  What I saw was Many people trying to be original, trying to go 20 steps ahead of the Status Quo. People dreaming while hitting the ground running. In This blog I try to generate fresh ideas, but I let It be And I Don’t push for my ideas, What I saw was people defending a big spectrum of ideas And claiming for a change Now.

What I More liked was a tent with Many people working in analyzing ideas that normal people like me put Inside boxes. As I told before, I take a blue paper and put an idea about using Internet power to do real time referendums of important issues just as Switzerland way. Imagine How Many things could they do with similar ideas of thinking people.

There have been a lot of critics about the kind of people behind the movement And maybe the ones More active Are hippies, but who cares? The only thing I can say It’s thanks to them And to anybody Else in the World who uses his Or her time to Look for solutions to the global issues And on top of that in an active way.

At the beginning the movement with a small group of people claiming for something I don’t know but the feeling of need for solutions (I don’t agree with the use of the term indignation) is so big that people began to come and in the end there’s not a concrete claim in Sol but people are claiming in abstract for a deep change and looking for ways for all together being able to solve the World issues.

To sum up, as I said, the setback is the illegality of the movement and the harming of people that are being damaged because their business are loosing money due to the amount of people who is invading a public Plaza in Madrid, I think this issue have to be solved and probably the movement cancelled or moved to another place. But the most important thing it’s not the movement itself, the most important thing is the burning new born energy of looking for solutions as never in history has been possible, and the mother of this energy, I have no doubt has been Internet and all the possibilities of freedom it has opened to share (for free) information among all the people in an unstoppable way. The most important milestones have been Lynux (an amazing work of global thinking, for free), Wikipedia (the best encyclopedic work ever, and for free) and Wiki-leaks (where everybody have been able to see the truth, governments naked) leading to the unthinkable fall of big governments who use their citizens as slaves and now permitting people to be actively involved in the look for solutions for Global issues (indeed I wouldn’t be able to be sharing this lines without the nice work of the people of WordPress and tumblr and all those who have developed the Internet era)