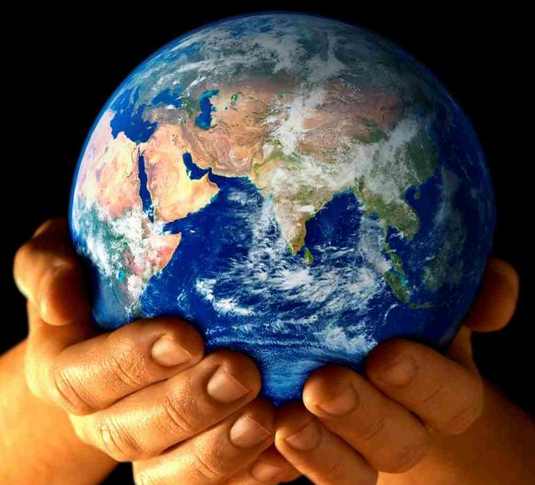 It was in Madrid.

One of the most influential press Organizations in Europe, Unidad Editorial, organized in 2011 and 2012 two events regarding CSR in which many corporations were able to explain what they understand by CSR and what actions are they taking in CSR.

In the end CSR is strategy itself, thinking in the long-term instead of the short one.

First, some quotations of the events:

In the end they were all saying the same, focusing in different aspects of the same issue:

– We need to act in a sustainable way, changing culture itself.

I’d like to briefly focus on four pillars in this new cultural model:

-1)Transparancy is a need for this new way of doing strategy, focusing on ethical values over the pure benefit. When there’s transparency everybody can see what you’re doing and in that way this is a risk, we are naked and our failures are shown, but we have to overcome old taboos and become aware of reality: Failure is good, Failure is healthy, it is a good way to learn and once you have done a mistake is quite difficult to do the same again. Then who cares if you make a mistake, more than that, how good could be than others see that I commit a mistake as investors will trust more that my company won’t fail after having learnt from mistakes. Transparency is the Keystone, other issues are going to be regulated as an option but transparency must be regulated as mandatory, even completely changing the International Accounting Standards. Transparency is easy with intense use of Telematic systems. International transparency is also (and even more) important at governmental level, what happen with wikileaks must not be a surprise in the future. If some governments begin the transparency path no investors will want to buy bonds of countries hiding facts, like Greece and even the US. There’s no stop to transparency as it’s a global claim. There only can be delays (or total destruction by the evil effect of war) but not a stop in that international cultural change to transparency.

-2)Education, another basic pillar of CSR.

I was speaking with Antonio Barrón, chairman of Ecoembes, the organization that manages recycling in Spain and he told me that just paying people to recycle is a short-term strategy, in the moment you stop paying they stop recycling. That was the main reason why his strategy was focused on education, to make people see crystal clear how important is reusing our products in order to save the planet (I still think that a mix of strong education an a little economic incentive would be a good idea, for example lowering the price of garbage municipal services with the money gained recycling citizen and explaining this to the population)

Anyway, education in the end is as important as transparency, they walk together (a lot of education without transparency is useless and a lot of transparency that is not conveyed to all human beings by education is a pity); we need educated citizens able to give value to the preservation of the environment and only with a clear and transparent education it will be possible.

-3) regulation is another pillar of this CSR game, cooperation and collaboration are the real objective, corporate strategy is the root that will flourish into a culture of cooperation, but we need water for that root to grow and that water is regulation, in the sense that regulation is the legal framework in which we all live, like fish live in water.

By now, there are rules and standards that are voluntary to follow. That is in my opinion the best way to proceed except for transparency (transparency must be forced by more thorough Accounting Standards and strong legislation)

It doesn’t matter whether this laws are not mandatory (there are no penalties) while they are able to set a cultural environment. If government gives preference in contracting to corporations following these rules and corporations do the same with their respective suppliers, eventually the culture changes and there’s a time when ok you don’t go to jail if you break the rule , but you don’t get contracts and you pay a lot more of interest on your debt so finally you are forced to change your habits just for survival. This is a positive feedback loop.

Why I say that the point of transparency has to be enforced? Because if not, by lies you can say you follow CSR rules and you get the contracts. Corruption and lies are the only Achilles’ heels of CSR game, so you have to protect society from this danger by enforcing transparency rules with severe penalties against corruption and lie.

-4) With three pillars you can sustain anything, but I’d dare to say there’s an important fourth pillar that is the extensive and intensive use of IT to support the other three pillars. For example it’s ok that with the international rules and standards you create an environment where cooperation and collaboration and all other CSR values would be able to thrive, but if the law system that control those rules is based on paper instead of high-speed communication lines, then is like a fish swimming in oil instead of clean water.

I say: there are huge amounts of quantities of information to deal with in CSR, transparency itself means that every individual and every corporation is naked showing all the information it has and to all the rest of the world that is investing in them (because economic is cyclical «you are my supplier today, I am supplier tomorrow«). Then access to information must be immediate and communications must be immediate.

And this double immediateness is relatively easy with extensive use of modern communications and with willingness of all human beings to commit to that transparency.

We’ll keep watching what’s going on in CSR during the following decisive months.